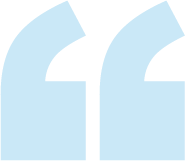 The World Champs in Tokyo 1991 provided two historic moments in athletics history. I will never forget seeing Mike Powell break Bob Beamon's long jump world record - and what a celebration! Carl Lewis was incredible that day too but had to settle for silver.

On the last day I was fortunate to be part of the British relay team that win gold beating the Americans. Derek Redmond, John Regis and Kriss Akabusi are friends for life after sharing such an amazing experience. Wonderful memories.

He won fifteen medals from major senior athletics competitions to add to his two European junior championship gold medals and won silver at the 1996 Atlanta Olympic Games, Gold in the Commonwealth Games 1986 and European Championship in 1986 and 1990, all in the individual 400 metres.